The bureau of board of governors of the African Development Bank Group has constituted a panel to conduct an independent review of the report of the ethics committee on the allegations made by whistleblowers against the president of the bank, Akinwumi Adesina.

A communiqué released by the bureau on Wednesday said that it agreed on the terms of reference for the independent review at its meetings of June 18 and July 1, 2020.

The communiqué, signed by Niale Kaba, Governor for Côte d’Ivoire, noted that the bureau expresses its utmost trust and confidence in the panel’s ability to successfully carry out the assignment and reaffirms its commitment to fully assisting the panel in the process.

The panel is expected to submit its report to the bureau within a period of two to four weeks maximum, the communiqué said.

Last month, PREMIUM TIMES reported how the decision of the governors to authorise an independent review of the allegations against Mr Adesina is a violation of the bank’s rule.

This newspaper’s analysis of the bank’s ethics committee’s report and its code of conduct for its executive directors, including its president, revealed that the ethics committee should not have referred the matter to the board in the first place.

The review also showed that the board should not have authorised an independent review of the report of the preliminary examination into the complaint as demanded by the U.S. government.

After exonerating Mr Adesina and describing each of the 16 allegations against him as either “unsubstantiated”, “spurious” or “unfounded”, the ethics committee proceeded to refer the matter to the bank’s board.

That is a clear violation of the regulation upon which the ethics committee claimed it acted, the report revealed.

By the rules, the committee should have taken no further action on the matter after it determined that the allegations were baseless and unfounded.

Article 4 of the resolution stated that the chairperson of the bureau of the board of governors, in consultation with other members of the bureau, has the final say whether or not a complaint against the President submitted to the board requires investigation “in relation to the violation by the president of any provision of the code of conduct”.

It stated that in taking this decision, the chairperson “may require the ethics committee and the person that made the complaint or allegation or any department of the bank, to provide additional information and clarifications, where necessary.”

“The chairperson of the bureau of the board of governors may, in appropriate cases, require the Ethics Committee to conduct more in-depth investigations.”

Meanwhile, the bureau in its latest communiqué, said the new panel is made up of individuals “with unquestionable experience, high international reputation and professional integrity.”

Mrs Robinson, who is chair of the panel, is a barrister and a former President of the Republic of Ireland. She was also the United Nations High Commissioner for Human Rights.

She, among other numerous global and national responsibilities, is the chairperson of the ‘Elders’, a global body of wise persons concerned about the wellbeing of the world.

In 2003 he was appointed as a judge of the Appeals Chamber of the Special Court for Sierra Leone and later that year as the Prosecutor of the United Nations’ International Criminal Tribunal for Rwanda (ICTR). On February 5, 2017, Mr Jallow was sworn-in as the Chief Justice of the Gambia.

He served as the Integrity Vice President of the World Bank for nine years. Mr McCarthy is currently the President of LFMcCarthy Associates, Inc., an integrity risk management company based in Washington, D.C, USA.

In a petition by the group of whistleblowers, Mr Adesina was accused of breaching the bank’s code of conduct, including “unethical conduct, private gain, an impediment to efficiency, preferential treatment, and involvement in political activities.”

The group, which noted their allegations were in line with AfDB’s whistleblowing policy, said these activities adversely affected the confidence and integrity of the bank.

The bank, however, found the allegations to be “frivolous” and thus cleared Mr Adesina.

Regardless, the United States government kicked. It expressed “deep reservations about the integrity of the committee’s process” and called for a fresh “in-depth investigation of the allegations.”

In a letter dated May 22, 2020 to Ms Kaba, the U.S. government, through the Secretary, Department of Treasury in Washington, D.C., Steven Mnuchin, faulted the decision of the committee to totally exonerate Mr Adesina of all allegations, saying it was not yet time to make such a declaration.

On June 5, PREMIUM TIMES reported how the board of governors of the bank approved an independent review of the ethics committee’s work.

The decision, taken at the meeting of the bureau regarding the whistleblowers’ complaints against Mr Adesina, was obviously in deference to the demand by the U.S. government

Mr Adesina has consistently insisted that he is innocent amid the crisis.

In a recent visit to President Muhammadu Buhari, Mr Adesina, a former Nigerian minister for agriculture, said the allegations raised against him were trumped up, “and without facts, evidence, and documents, as required by the rules and regulations of the bank.”

Earlier, he had said that he is confident that a fair and just process of investigation would establish that he is innocent of all the allegations levelled against him. 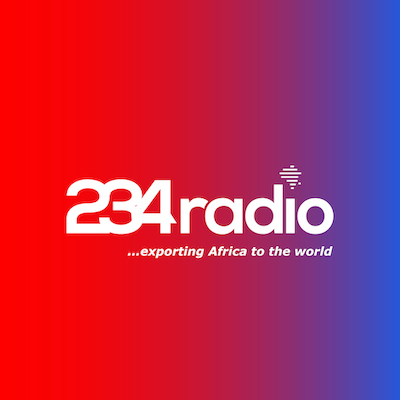